Back to Main page

Differences between Traditional and Modern Education 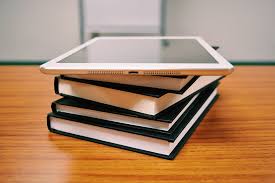 Differences between Traditional and Modern Education can be both associated with a partial method of instruction and learning, which is only limited to the resources at hand. Though more cost-effective, it is a restricted method of thinking, allowing the students only to learn at the pace of their better counterparts and instructors, and has created the need for a better alternative unwrapped by the dawn of a technological and experimental method: the modern educational system. With this new avant-garde methodology, each student can learn in relation to his natural innate strength and speed, albeit untested and not completely proven.

The K-12 which is practiced in the US from kindergarten (most times 5-6 years old) to grade 12 (end of high school at age 17-18) exposes the student to all there is in the world and the environment. After this stage, further education in college and then graduate studies allow the specialization in a field of interest. While making use of the modern educational method of learning, the K-12 period exposes the child’s mind to diverse areas in which interest can be developed making use of various technological gadgets and diagrams which are not available under the traditional educational system.

Traditional education only ensures the transition of a cliché; a stereotyped manner of learning in which nothing new is discovered because the information-gathering means is absent and at the same time, no data is present to collate pre-existing observations and thus, the same kind of knowledge and thought is transferred. In modern education, information from observations with regards to any issue no matter how old or distant it may be can be obtained using the internet. One of the shortcomings of the modern education system is that it tends to be somehow expensive. The collation of data need for latest technological updates and cost of research has often been a bone of contention, although, in the US, the K-12 period of education for the student is free.

Traditional education system often needs the physical presence of a teacher which may not be necessary for the modern education system. Likewise, the traditional educational system seems to isolate the children from the society, constricting their interactions to only their environment and physical neighbourhood with a common routine and conventional approach to disseminate information which the modern education rather defeat by exploiting the use of technological gadgets, textbooks and other diagrammatic materials in exposing the student to a worldwide view of learning.

Reach Out to Us